Mandy’s desire to accentuate a person’s inherent beauty through the “art of hair” brings together her talent, exquisite taste and remarkable ability to enhance the attributes of anyone by complimenting what is already evident.

Mandy’s unassuming and generous personality drives her to encourage future stylists throughout Canada and around the world. As owner of Salon Decorum in Newmarket, Ontario, Mandy and her team founded (2014) Hair Cares in Support of MCF (Mully Children’s Family). MCF works to bring the skills of hairstyling to youth in Africa in an attempt to create employment for those that would otherwise not have the opportunity to do so.

Her work has been featured on Breakfast Television, Rogers TV, at TIFF galas and throughout international editorials from Toronto to France. As a platform artist for Pureology she has been chosen to work on creating Canadian collections for the brand. Her dynamic talent has been strengthened by her willingness to continue learning as both a student and as an educator in a series of classes across North America.

Mandy embodies style and her work tells an unforgettable story 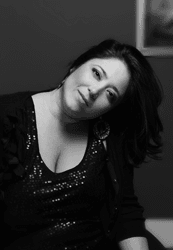 With 17 years of experience, Samantha’s creativity and originality enriches the salon, while maintaining the utmost professionalism and passion for hair. Her strong customer and team relationships truly bring a sense of family to the salon environment, guiding others with her natural talent. Samantha’s patience, respectability and expertise have guided many new talent stylists to successful industry careers. She is undeniably the “glue” at Salon Decorum, keeping the team fired with passion, proficient and ready to learn together. 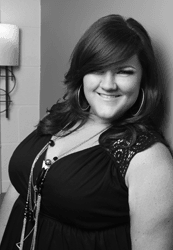 With 11 years of experience, Kyla celebrates the variety and creativity that each day brings. She is continuously updating and learning new techniques in order to give her clients different options. Professional and meticulous in her approach to hair styling, Kyla enjoys interacting and sharing her knowledge of hair styling tips with her clients to better empower them to find the best hairstyles for their ever changing needs. 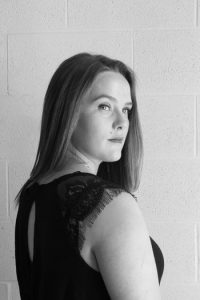 With 6 years of experience, Victoria brings a fresh and colourful approach to her styling every day. Being mentored by some of the top stylists in the industry through educational courses, trend shows and creative photo-shoots, Victoria is inspirited and is always excited to showcase her new found knowledge in the salon. 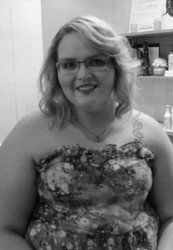 Samantha got her first taste of the hair industry when she took a hair and aesthetics course in high school. Just two months after the start of the program, she was chosen to represent the school board and compete in the 2010 Skills Ontario competition. She continued with the course in the remaining years of school and also attended a co-op program where she worked in a local salon. After high school Samantha attended Humber College where she received her diploma in Cosmetic Management and has graduated from the Georgian College Hair Apprenticeship Program with honours and completed her Hairstylists licensing exam.
Since being at Salon Decorum Samantha has been continuing her education and furthering her skills with L’Oréal Professionnels national hands-on training with stylists from all across Canada. Recently Samantha was chosen as a finalist in L’Oréal Color Trophy’s Next Generation category showcasing a hair cut, colour, and style using the upcoming trends in the industry as her inspiration.
Samantha’s colourful personality (and hair) shine through her customer service skills and vision. She believes everyday will be a new experience because no two heads of hair are the same. 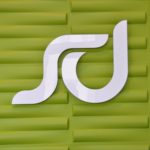 Megan has flourished into a perfect fit for our salon since beginning her career with us. Her bubbly personality and exceptional customer service skills create a welcoming environment for both our clients and staff. Megan’s dedication and critical attention to detail drive her to exceed even her own expectations both over the phone and behind the chair. Experimenting with technical drawing and visual arts throughout high school, Megan has always had a creative passion and found her niche with Salon Decorum. Now, attending classes weekly with Mandy MacFadden as well as utilizing education offered by L’Oreal Professionnel, Megan has already begun her journey into hairstyling and will be continuing her education apprenticing with us in the years to come.